I'm a twi-mom of two pre-teens, who loves to read and write. Twilight is my favorite! what can i say Stephenie gave us such a wonderful world to play in. I will admit I am addicted to writing i can write up to three chapters a day. I've only been writing since December "o9" and reading fan fiction since Septemeber.

Mocked by Destiny published in February.

Mocked by Faith to be published Aug. 2011

Mocked by Fsaith - Healing the Faith to be published  Dec. 2011

Be My Sub links: 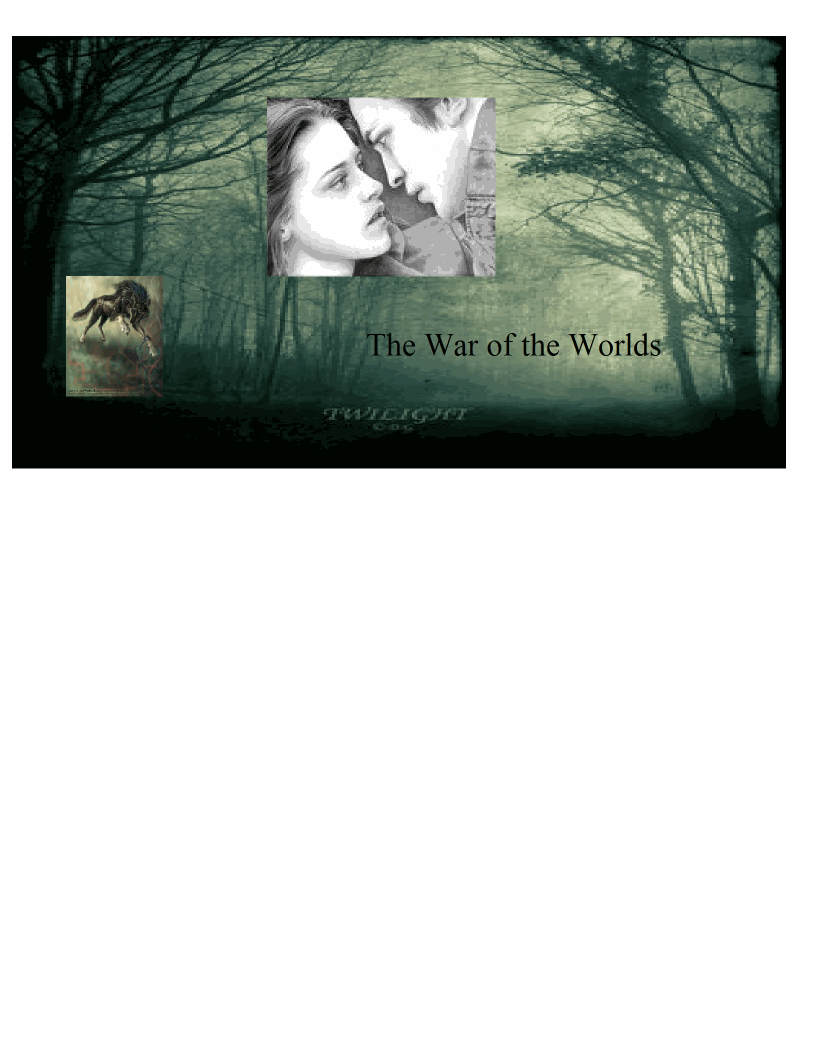 I wish I could tell you that the world is a wonderful to live in…but I’d be lying. Unless you think living in a world where the Vampires are at war with the Werewolves. Not many humans are living free, never mind living a wonderful life. Those who don’t live locked up under vampire rule are either hiding or are in the resistance. My name is Isabella Swan and I am a human. 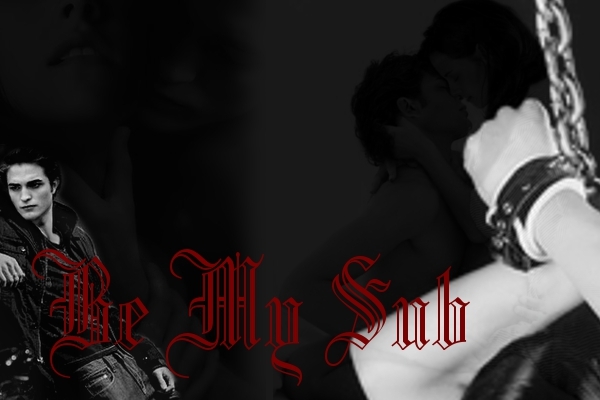 Thank you Emma Verberg for this new banner! She is wonderful! 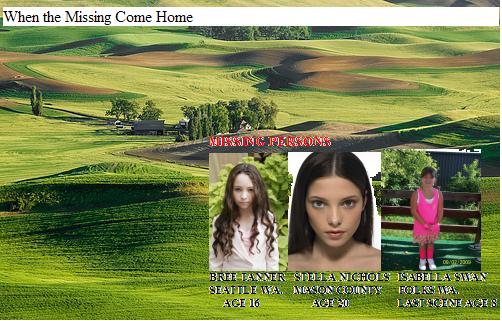 Picture inspired one shot for now. But how knows. An early morning naked car wash could brighten anyones day but can it change your future? Mature theme. M for a reason. Picture inside. 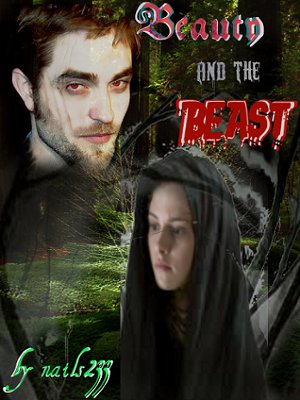 31 Days of Halloween / Picture prompt 18 / Can a Halloween Ball change everything? Can beauty find true love with an evil beast in one glance? Edward and Bella will find out when he exposes his true nature. Darkward 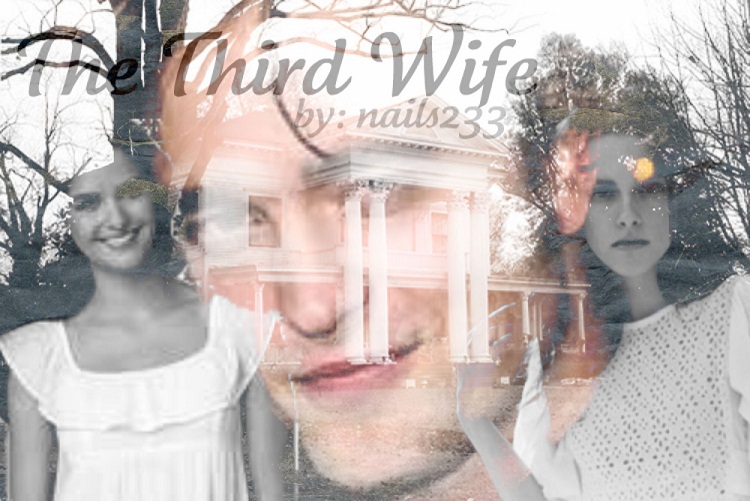 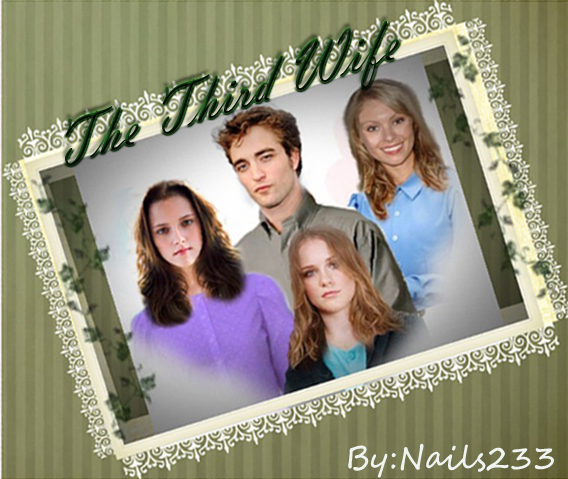 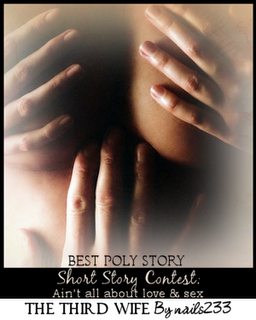 New Banner By Ima Twi Tard and I love her for it!

In my world when a man says "I do," he says it a lot. In my world it is not uncommon for a man to have more than one wife. We are not your everyday poly family, we are new breed. Or should I say a very old breed? 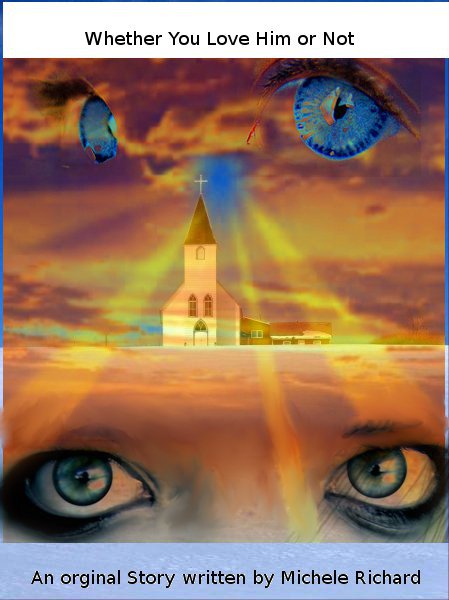 For Alexia Cross and Justin McNear, things are not what they seem.  Both were born and raised in hidden, gated communities.  A place where time virtually stands still and marriages are arranged by parents before a child’s 18th birthday.

Alexia is destined to be her community’s first spinster.  In a last ditch effort, a husband is found.  The only complication?  He has no idea he has been betrothed. Will his history of dating outsiders help or hinder his relationship with his future wife?

Justin McNear searched outside his church for the woman of his dreams. Returning home after failing, he knows he needs to rectify his life and his faith. Can a woman he’s never met make him whole again?

Will this couple end up mocked by their own faith?  Follow Alexia and Justin through the trials and tribulations of finding, falling, and surviving each other's love. It’s never easy saying “I do” to someone you don’t. 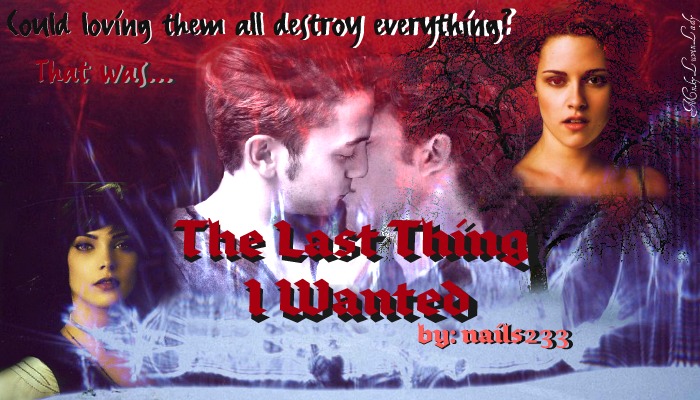 With just weeks before the wedding, Bella and Edward's lives will be forever altered by one unwanted event. One event will change everything for everyone. Can witnessing one thing really ruin the lives of so many? Slash/Poly and everything in between.

with a lot pushing I mean helping from my friends I started this dark tale. It will not be what you think, So hold on to your booties its a bumpy ride with a lot of twists. Don't believe everything you read.

Banner by Meliisa Condor! My many thanks XOXOX Love ya!

Loving the boss’ daughter will only bring you heartache. Or will it?

Yvonne is a beautiful, rich, well educated woman. When she returns home to the family cane farm after attending all the best schools in New York, her former life will haunt her. Can she truly forget the only man she’s ever loved? Will a mystery man be her salvation or curse?

Thibodaux is a 6th generation, rugged, cane worker. He’s waited for her arrival back home for years. He knows he can’t have her even though she’s always been the woman who owned his heart.

Together they are a taboo. Even though they know they can never be together, they cannot deny their heart’s desires. Or, can they?

Two masks, one masquerade ball, one enchanted evening leaves their hearts hanging in the balance.

A day of play for some not so childish vampires. E X B and an afternoon of adult fun.

Starts in the woods after Edward ends his relationship with Bella. What if Bella did act like a 17 yr. old when Edward said goodbye? What if her answer to his request for a promise was NO? I know I never would have agreed to anything he wanted! So why should Bella? Rate nc 17 for good reasons. Reg. Pairs V/H 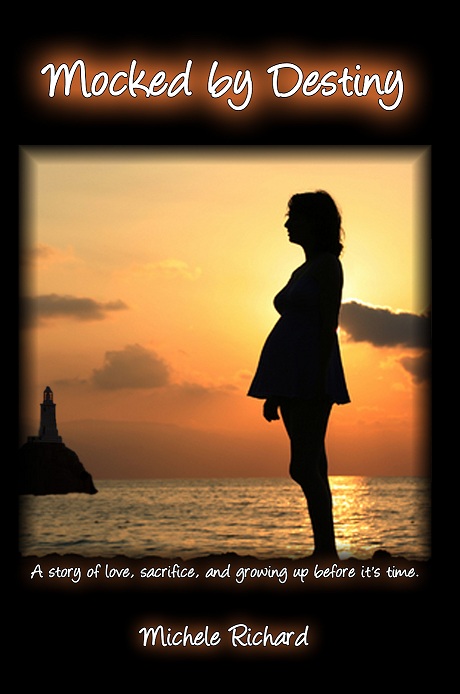 For Stella Richards, life in the charming town of Virginia Beach is not as magical as one would think. Sun, fun, and sand only guarantee one thing, unwanted visitors. Stella learned long ago to never befriend anyone visiting the beach. They're here; then they're gone, drifting in and out as the tide ebbs and flows. She vowed to never connect with anyone vacationing in Virgina Beach - until spring break. Stefan changed everything.

Stefan Sterling lives life never knowing where he will end up next. Bouncing from one Military base to another has hampered his ability to connect to those around him. That's what happens when your father is a high-ranking officer in the military. Raised in a world of discipline, control, and strangers, Stefan never expected to find anyone he'd want to be close to...let alone love.

A family curse verses a loving abnormality promises to keep Stella and Stefan on their toes. Was it an accident or could it be destiny? Will they be able to survive their families? And, is there ever a time when you can fully let go of the person who awoke your soul?

A story of love, sacrifice, and growing up before it's time.

“We found her Chief Swan, she’s ALIVE! We found Isabella!" Alive? She had really survived the last tens years?

They said I was going home but where was home now?

OOC AU Dark themed you've been warned. No rape! But there is talk about slaves and abuse   Bella x Edward 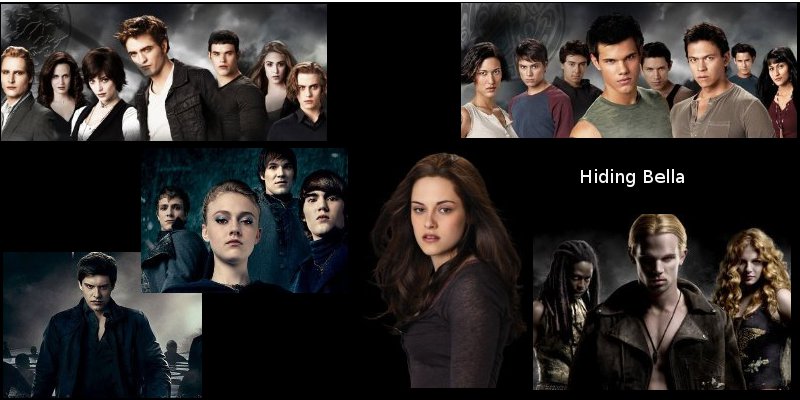 I found a secret hiding in the Alaskan wilderness while on summer vacation. Now I need to keep that secret safe and protected. But what affect will it have on me? What will happen if its exposed? What will I sacrifice to keep it safe? AU,REG PAIRS  EXB

What happens when you underestimate the possesiveness of a vampire? Just a thought of what might happen when it comes to redominating your mate. 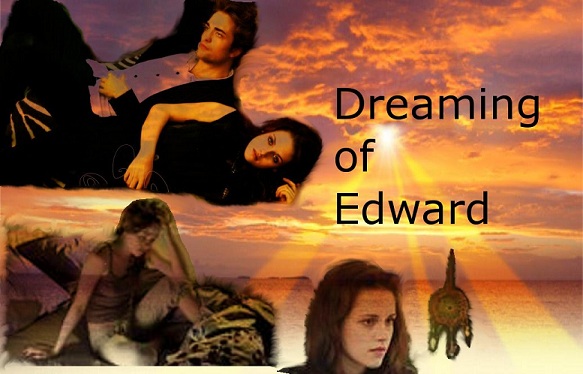 Ever wonder what Bella dreams about when she calls out his name? Not my usual type of story was written by request. It was written for a fan for Christmas and we decided to share it with everyone who like this sort of story. Rated NC-17 for major mature and major sex ooc au/reg pairs EXB this story is not light and fluffy so readers beware. NO INCEST, RAPE or MULTIPLE ENCOUNTERS. Vulgar language please dont read if you dont like swearing. 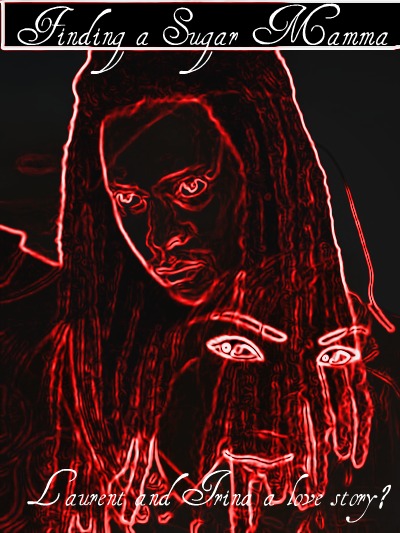 It’s a one shot starting when Laurent is leaving the Cullen’s in Twilight. Just a naughty thought of how I saw his introduction to the first Denali.

This is Edward's side of Dreaming of Edward. Many have wondered what was Edward thinking when he would visit Bella at night, well here's your chance. Be warn like with Dreaming of Edward, this is not a light and fluffy story. It has bad langueage and sex as the main theme! So dont read it if you dont like that sort of thing! These chapters were originaly sent out as a reward for reviewing but now I have a stories worth. Cannon couples, no incest or slash or rape!  OOC

This story doesn't stand alone you must read Dreaming of Edward to follow it. 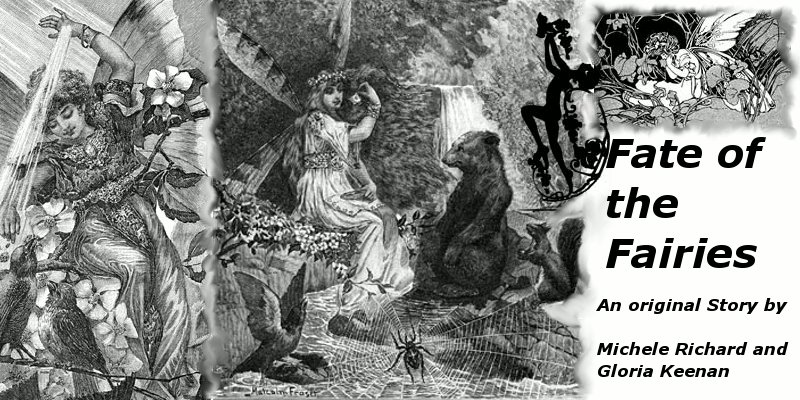 Fairies have been around since the beginning of time. They are - by nature - a friendly and peaceful species. Unfortunately, it exposed them to the not so pleasant species. Fairies have always been exploited by those who think themselves superior. Those days have come to an abrupt halt.

This is not a TinkerBell story. Welcome to the darkside of the beloved winged creatures.

Just imagine what the world would be like if there were no fairies, no more myths, and no more magical beings of any kind. A world where there are no unexplained mysteries.

In the days of old, there was a thriving magical world. It was full of creatures that humankind could never understand, but not anymore. Slowly they've begun to die off - mostly because of the fighting amongst themselves - in their futile attempt for power over each other and struggling to control the ever shrinking hiding spots. As with all non-humanoids, they have pushed deeper and deeper into the very small regions that humans dare not go. Places like the steepest mountains of Appalachia and the deepest forests of Brazil are the only places left for them to seek out their own kingdoms.

They are well aware of the human myths and lores about them, some of them they have even been encouraged, but those are the least of their problems.

Whether you believe it or not that is your choice, but to the fairies it's life or death. 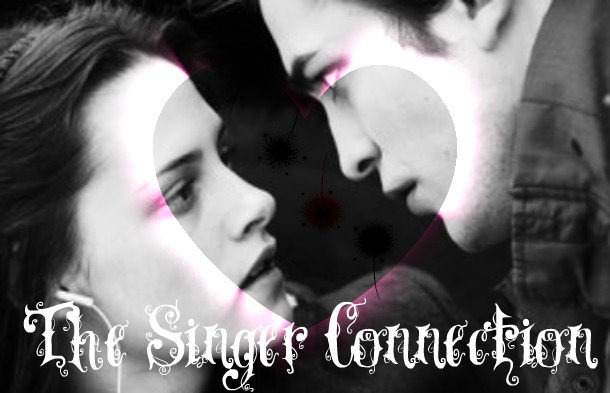 What if a Vampire Singer was not about blood lust instead its involuntary, unpreventable and irrevesable form of true love. What would you do if you waited a century to find it? What would you do to keep it? ANYTHING! AU reg.pair. Re-writting earlier chapters.

I have searched for her since the day she was born, My singer. A singer is a precious gift. Its one I will protect and treasure always. That is if life doesn't screw it up! AU reg. pairs OOC  EXB