Once upon a time, life was simple. I was living the stereotypical American dream: husband, kids, house with the white picket fence, cat and dog included. Then Stephenie Meyer had a dream of a vampire and a girl sitting in a meadow in a rainy place named Forks.

I picked up the first book, in paperback, at my local Walmart shortly after the Twilight movie came out, just to see what all the fuss was about. The next day, I went back and bought the remaining three books.

Life as I knew it was over.

I spent 4 months reading those 4 books over and over and over, until my husband was ready to have me checked for brain damage, or something like it. I travelled overseas with the books taking up a large portion of my suitcase. Can you say obsessed??

And then - all hell broke loose. One fine day, I stumbled over Fanfiction. The rest is cyber history. In April 2009, I posted my first story on FFn, which was a simple attempt to get the emotions I was feeling onto a page. Edward's story simply had to be told.

Unfortunately, as with most first attempts, it wasn't very good, and when I find the time, I will go back and edit it.

Then, with a completed story under my belt, I sat down and started writing Eclipse from Edward's POV, making up scenes, dialogue and other stuff as needed. It has been cathartic to immerse myself in this fictional character who feels love so deeply and considers himself unworthy of love. This tortured soul who doesn't believe he is slated for redemption, but finds it nonetheless when least expecting it. To me, he is the incarnation of all my teenage dreams and aspirations. To be loved like he loves Bella - irrevocably, against all odds, with everything he is and has - isn't that we we all dreamed of?

I loathe everything Jacob Black. If you are Team Jacob, my stories are not for you. To me, he is a plot device SM's editors pushed on her, and I hated him and his role in Book 2 and 3, and most of 4. He didn't redeem himself in my eyes until right before Bella gave birth. And then I got slammed with his imprinting on a baby... EWWWW!!!! What the hell was THAT??? Not only is that utterly gross, but it also felt contrived, just as something that would tie up all the ends in neat little bows.

Yeah... I don't like Jacob. Don't flame my stories because you don't agree with me.

Robert Pattinson - to me, he personifies Edward, and his acting talent comes across loud and clear in both Twilight and New Moon. He plays the character extremely well, and has the mannerisms and emotions and facial expressions down to a tee. And yeah - he's very beautiful. I'm not above looking (and occasionally swooning) at pics of him, those that are official stills or professionally taken. Stalkerazzi pics - not so much.

Having said that - I am not a fangirl. I abhor the fangirls that stalk him on movie locations, during his private time and wherever he goes. Back off, people. Give the man some semblance of a normal life. Yes - we all love him because he's playing Edward Cullen, but every actor deserves some peace and quiet away from the movie set. Let's not forget that they are people, too.

PM me for a chat if you've read this far. I appreciate all reviews and usually answer all signed ones. 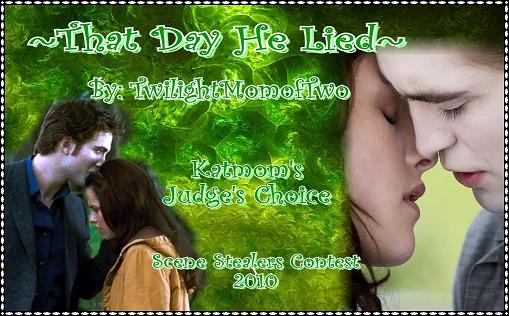 Entry for the Scene Stealers Contest on FFn, NM Chap 3. Edward's attempt to leave Bella doesn't quite work out the way he expected. His cruel words don't have the intended effect and this Bella isn't crumbling in the dirt. BPOV, AU

Jacob does a bad, bad thing. What happens to a rabid dog when he meets his executioner?

O/S, AU/Eclipse, written for the Silence of the Wolves contest on FFn. 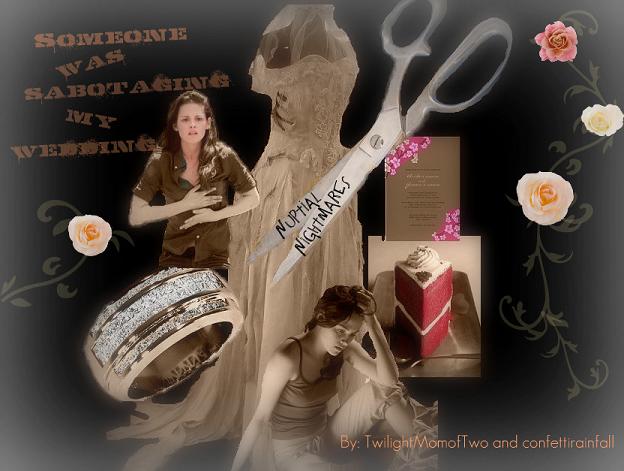 Bella can't wait to marry Edward. As the wedding draws nearer, strange things begin to happen - and the nuptial nightmares have an unexpected source. Will Bella make it to the altar? Collab w/ConfettiRainfall, AH, O/S Entry for the Monster-In-Law contest on FFn.

Thank you to all who voted!

Banner by the lovely Bella's Executioner.

Married for a year, Edward is disillusioned with his nagging wife. Bella is upset with her forgetful husband. Their fights are frequent and loud, their only saving grace the passion and love they share in the bedroom.

Can this marriage be saved?

Our entry for the Black Balloon Contest on FFn. Oneshot. 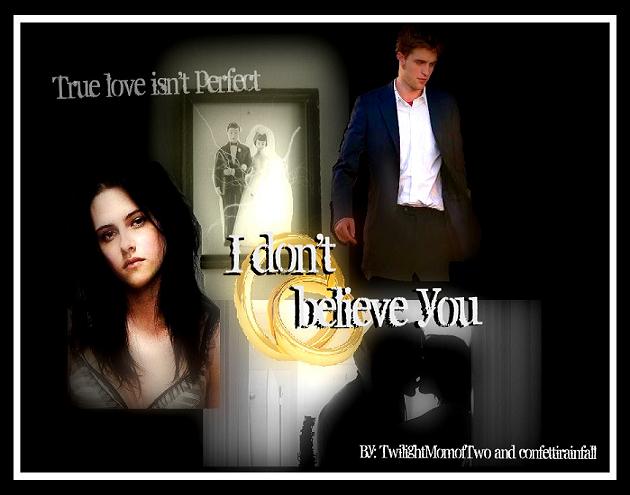 Edward realized in New Moon that with Bella is where he is meant to be. Forces earlier unleashed are now again threatening her life, and Edward must do everything in his power to keep Bella safe, from the danger lurking in the shadows and himself. EPOV. 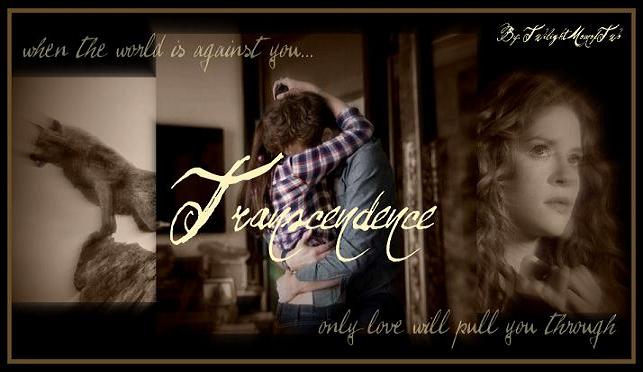 Edward is constantly searching for the next girl and another go at sexual gratification. Bella can't find a meaningful connection, confusing sex with love. A chance meeting over a book brings two lonely hearts together. O/S, AH E&B. Entry for the "Picture is worth 1000 words" contest. To be expanded to full story, separate post. 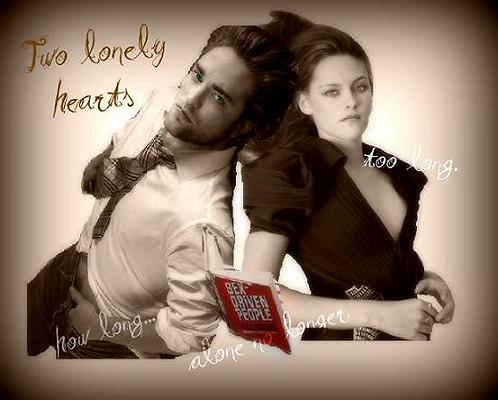