A few broken rules, a few too many times left alone with everyone's favorite Hogwarts Champion, a few choices that change everything. What could have happened behind the scenes during Harry's 4th year at Hogwarts.

AU storyline that is meant to overlay the existing canon storyline of Goblet of Fire and not replace it. Starts between the first and second Triwizard tasks in the prefect's bathroom, and ends during the third task in the graveyard, with an epilogue set 14 years later. Rumors about Dumbledore's sexual proclivity are active around Hogwarts, but it isn't safe to be openly homosexual.  Harry and Cedric (assisted by Neville) invent the Trevor Project to protect fellow Hogwart students, naming it after Neville's toad familiar. Lots of dialogue and character development, with mild to medium sexual content. Told exclusively in third person limited omniscient point of view, i.e. Harry's point of view. Personalities are generally canonical, except for some artistic license with Cedric and his backstory.

General Warnings:  Angst, hurt/comfort, slash and yaoi. Under-age sex, under-age drinking. Both peer and partner violence.  And Cedric dies protecting Harry, who lives to be happy again. Just so you know, up front.

Please do not read if homosexuality offends you. I am not gay, nor male, nor even British, but I dearly love both of these characters. So this story is about more than just sex. It's about figuring out who you are and what you are willing to do for those you love. And I firmly believe those themes are universal, no matter who you are.

Many Thanks: To my beta Talipatra, to my bannermaker Ima Twi Tard, and to TWCS for the following honor. SQUEE(x3)! 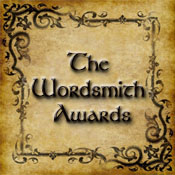