A Blazing Sun by ysar

The first story picks up from the moment in New Moon when Jacob has driven Bella home after the cliff diving incident, right before he catches the scent of Alice. Only in this telling, Alice wasn't looking, so there's no sudden appearance at Bella's house, no Rosalie calling Edward and sending him on a suicidal mission to Volterra, and no reason for Bella to do anything but believe that Edward didn't love her anymore. This is simply a story of what might have happened if everyone stayed mostly in character and Edward's return was delayed. Yes, delayed. Because we all know that he was "this close" to coming back on his own anyhow.  So what would have happened if Bella had tried to move on with her life?  Would she have found happiness with Jacob?

Several one-shot companion stories give us a glimpse at things through the eyes of Charlie, Angela, Jessica, Embry, and the other characters.

Mike & Lauren complicate things, Bella's planning to go to college, Victoria is on the prowl, and imprinting is running rampant.  And that's just the beginning!
How will Edward react when he finds out what's been going on while he was gone?  And who will Bella choose in the end? 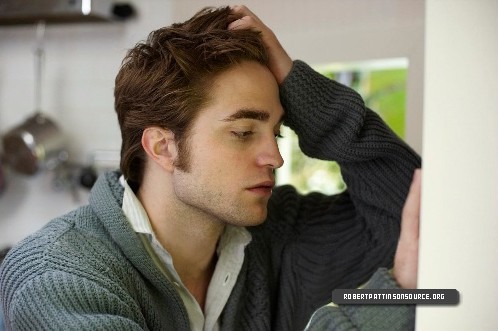 I only remember the pain and agony of burning. Believing I had gone to hell, having no recollection of any wrong doing that would place me here. Suddenly, God himself walked into the room and all I could think was, ‘what was God doing in hell.' I really hoped he was here to end my agony.

You wanted to hear about my new life, not my new existence...

A lifetime of love

If I knew that morning the most important phone call I recieved would be from my husband.... the last time I heard his voice, then I would have made it count.

Aro is in love with Bella and came to Forks for Bella. But when Edward refused to give up his wife he and his family is attacked by Aro. Alice had forseen it and told Bella to hide but fair of her husband and child getting hurt she came back just in time to see Aro on the verge of killing Edward. In exchange for their lives she decided to go with him. Will Edward let his wife go without a fight? Will Bella forget about her family left behind in Forks and start over with Aro?

Series where some of the characters are are werewolves, who have only one mate. Females can't change into werewolves even when they are born to a male one.

My Bella/Jasper to read stories

Stories that I am currently reading ... This list can change daily!

Stories that I was reading that haven't been updated in over 6 months.

WIP stories that I am reading.

Parent Series: None
Categories: Twilight
Characters: None
Genre: None
Language: English
TWCS Romance Contest: None
Challenges: None
Stories: 10
Open: Closed [Report This]
Ageise02's not read yet by ageise02

stories I want to read

Completed stories that I have finished

All things are poisons and even love is worth dying for, but even more, its worth living for. Harry and Bill find it at the bottom of a bottle, but as they come to find out, it turns out it wasn't just the alcohol talking.

Parent Series: None
Categories: Star Wars, Original Fiction, Harry Potter, Twilight
Characters: None
Genre: Romance
Language: English
TWCS Romance Contest: None
Challenges: None
Stories: 3
Open: Closed [Report This]
All You Are And All You Do: Just A Tracker by Blue-Eyed-Wall [Reviews - 0]
Summary:

'It doesn't matter to him whether or not he kills humans - innocent or not - or whether he never finds a mate. What does matter, though, is that to him and them all he is, is the Tracker. The infallible and never-losing Tracker. The killer, the murderer, the finder, the seeker, the Tracker, the Volturi's side-line guy. To every other vampire, he was nothing but a menace, something - not someone - that had to go, all because of the fact that he could find them.'

Being hairy is not a sin.

This series is set after New moon in an alternate universe.

Bella moves onto a human lover…

They married and have kids ECT

Come in and read about their life together…

It’s just not a Bella/Edward series