Fear and close-mindedness broke them apart. Will love bring them back together? Will their faith in love be restored? The third installment in the Renovations Trilogy.

Bella Swan, a divorced adoption attorney, is relishing her time with her two hot and attentive boyfriends, Edward Masen and Garrett Keyes. Never in her wildest dreams had she ever considered being with two men, let alone two men who adored her as much as they do. Their relationship is perfection. With all new relationships, they are trying to navigate the ins and outs of being together. Their little bubble of sexual exploration is threatened when Bella is sent to New York City for a high profile adoption proceeding.

With a heavy heart, Bella flies out to New York to meet her new clients, close friends of Aro Volturi, her former boss. Carmen and Eleazar D’Amato are finalizing the adoption of a child that they fostered for almost a year and a half, but dealing with them is easy. Running into her ex-husband is not. He manages to appear everywhere once he found out that Bella was in New York. His new marriage has crumbled and his estranged wife has taken their child, hiding him away from James. His job is hanging by a thread and he now blames Bella for everything.

On a whim, Edward and Garrett fly out to New York to surprise Bella. She loses herself with them, but they had an audience. But, who and to what end? 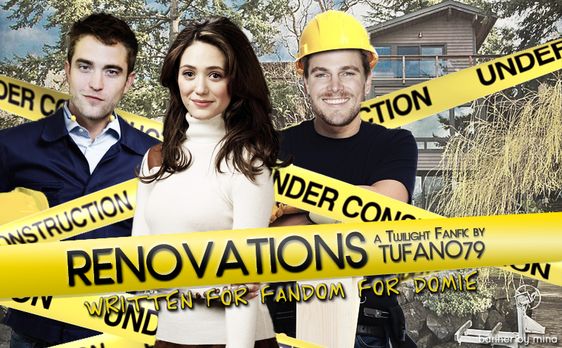 Isabella Swan, thirty-six, is reeling from her recent divorce from the man she thought she would be spending her forever. Her mind and heart shattered, Bella purchases a home, but in need of repair near Seattle. Bella hires two men, Edward and Garrett to complete the repairs of her new home. Will these men renovate Bella's new home or is more in store? AU/AH Full Summary inside. 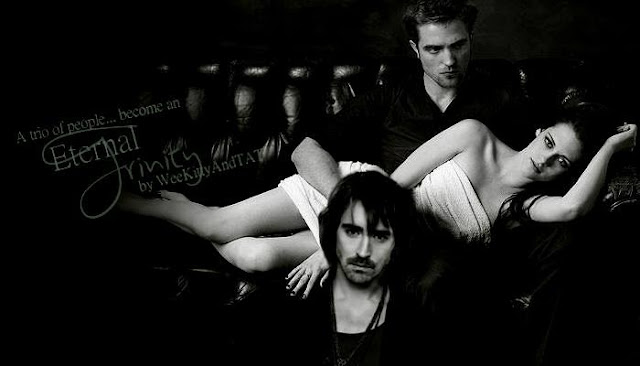 SUMMARY:  A twisted tale of a trio of people who all crave the other in many different ways and how they become an Eternal Trinity. AH/M